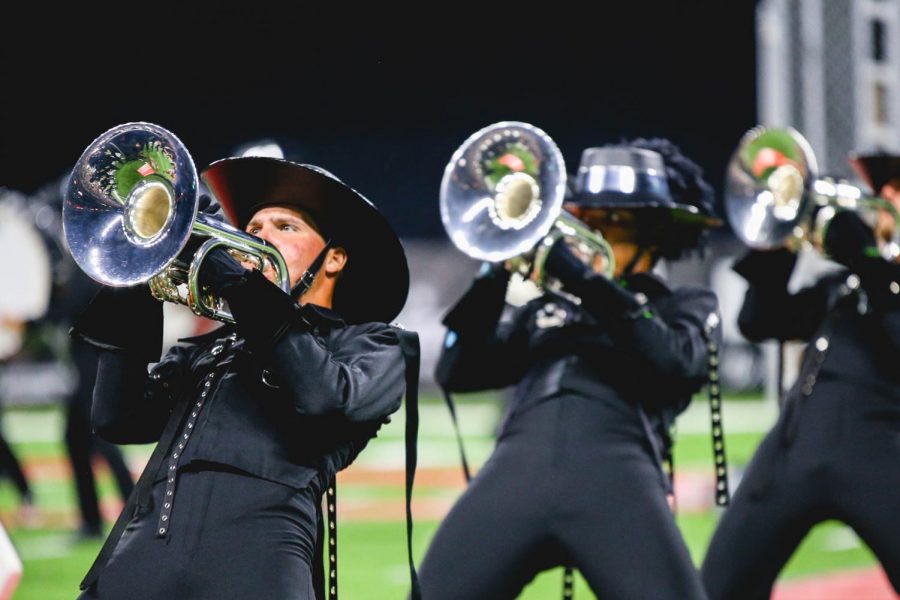 These corps travel on a tour around the country competing for the superlative reward in the world of marching band, The Founder’s Trophy. The journey across the nation involves three months of grueling, will-testing rehearsal and competition tests the corps and their members’ ability to work together as a team in order to compete to their highest ability. As the season goes on, the competitions become more and more stiff as each corps perfects their show. The competitions attract a huge fan base to come out and watch the events with the culmination of the tour, DCI World Championships, attracting a crowd of 23,342 fans on finals night in 2017.

Graduate Jacob Kephart is a member of The Cavaliers (one of the best drum corps in the world winning seven Founders Trophies in their 70 year history) among our alumni, graduating in the class of 2017, Jacob Kephart.

Q: How would you describe drum corps?

Jacob: “Drum corps is like marching band, but it gets you in shape because it’s more athletic.”

Q: How would you describe your time with The Cavaliers?

Jacob: “The Cavaliers is one of the most important things in my life. The other guys  in that group are my brothers and I would do anything for them. It’s way more than just a group of friends. They’ve seen me at my worst and my best, seen me break down completely and rebuild afterwards. They know me better than anyone also and I know them better than anyone else.”

Q: How were you introduced to drum corps and what was the audition like?”

Jacob: “I was introduced to drum corps by older friends and band and the the audition was difficult, but I just went into it trying to impress people and prove that I’m good at what I do.

Q: What is the rigor and experience of rehearsal and touring across the country?

Jacob: “Rehearsing and touring [really] sucks. However, the feeling of performing with all my brothers makes up for it and that’s what makes me go back through the [rough] rehearsals all over again