The History of Lamppost Coffee 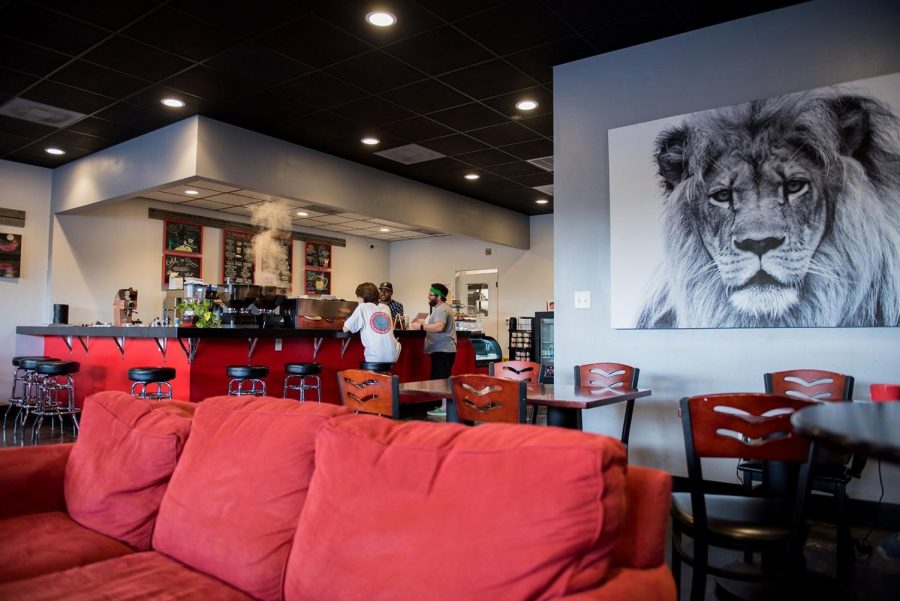 Round Rock is surrounded by locally owned and operated businesses. Lamppost Coffee, located across the street from Round Rock High School at 1205 Round Rock Avenue, is known and loved by the RRHS student body.
Brian Burns opened Lamppost Coffee in 2015 with the hopes of creating a student friendly environment while also serving the local community with Wild Gift Coffee. “I wanted Lamppost to a place where everyone felt welcomed, and a place where people didn’t feel pushed out.” owner Brian Burns said
Students often go to Lamppost to study and purchase pastries, coffee, breakfast tacos, and deluxe sandwiches. The atmosphere of Lamppost is set by music that ranges from folk to classic rock, and walls occupied by local art, which can be bought right off the wall.
Lamppost is more than a loved coffee shop. Events such as game nights and live music are also held.
“I want Lamppost to be big,” Burns said  “I want to saturate the community and have multiple locations, a roaster, and a music venues, but I want each place to feel small, not like a corporation, If we had 10 locations, that would be pretty cool, but I would want them to feel like there is only one, and that its thats communities coffee shops.”
Local musicians are invited to play at the small coffee shop, but the size doesn’t stop the local community from going to these events. The location of Lamppost Coffee allows it to be easily accessible by the local community of high school students, parents, and college students.
The community surrounding Lamppost is extensive as many students spend their mornings at Lamppost. Lamppost sets itself apart by catering to friends, family and new faces rather than viewing the community as an income.
“I think seeing the retention of customers and learning their name, having customers that know all the baristas because they’ve been here throughout different times of the week,” Burns said. “It’s why we don’t have uniforms. We’re a family, and we say we love coffee, we love food, we love people.”.