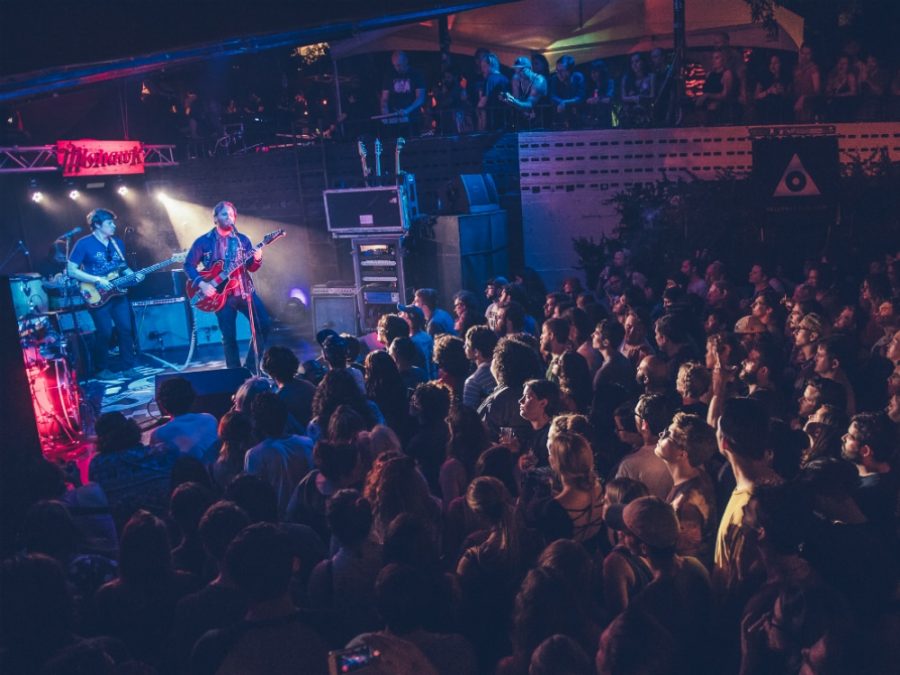 The Arcs at the Mohawk, Levitation. Credit Roger Ho, courtesy of Levitation.

Austin is commonly known as the live music capital of the world. Large music festivals throughout the year,like Austin City Limits, help establish Austin as a major music city. Small venues are spread across Austin. While overlooked, smaller venues have more to offer than many would expect.
Stubb’s   , a popular small barbeque restaurant and venue located in the middle of the city on Red River Street has made a name for itself as one of the smaller venues in the city. While known by many, Stubb’s is considered to be a lesser venue when compared to other venues such as The Mohawk Theater, Emos, or Zilker Park.
Rather than sitting in chairs or on benches, Stubb’s rests on a patch of dirt. The close knit venue brings an atmosphere where the performer has easy access for crowd engagement.
Popular bands to play at the venue were Anti-Flag, AFI, and Rise Against on Sep 11, 2018. People of all ages are welcome at Stubb’s, allowing a large and diverse crowd to come together and enjoy live music.
The Parish, located on sixth street, offers two separate venues. The upstairs section offers live shows ranging from Hip-hop to Latin music. The downstairs section of the Parish acts as a club, 21 and up. The Parish is a well known 6th street classic stop, and has contributed to the Austin music scene by bringing a number of genres and cultures into the heart of Austin.
Austin is filled with historical monuments. Many buildings are decades old and packed with Austin History. The Cactus Cafe is a small music venue built during the great depression and is located on the University of Texas at Austin campus. Heavy foot traffic brings a number of people to this historical monument to enjoy live music.
Austin offers live music from bluegrass to reggae, with weekly shows Austin’s music scene never sleeps.