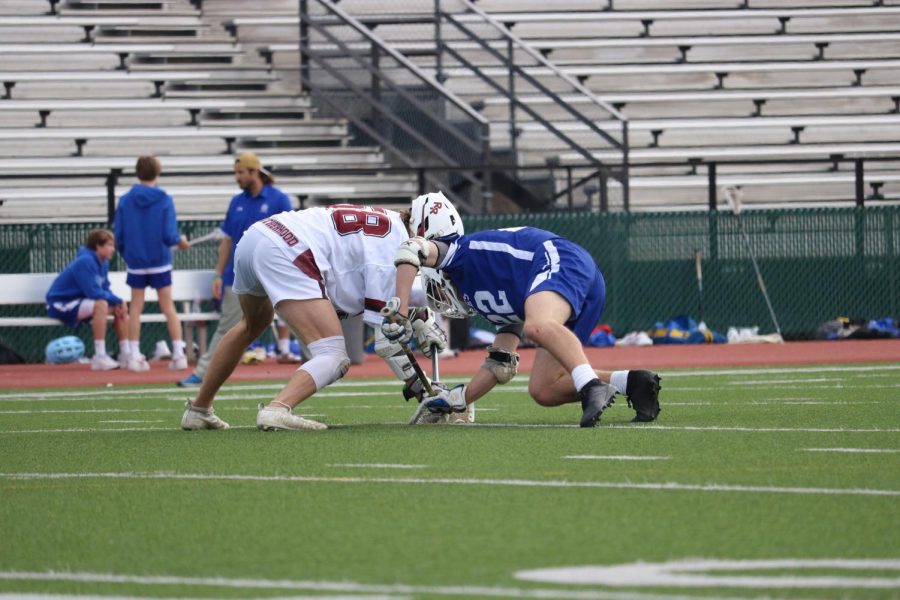 The lacrosse team began their season last Saturday with an out-of-conference game against the Alamo Height Mules. The Dragons were able to secure an 11-6 victory in their 2020 season opener.

During the first half of the game, the Dragons scored eight goals while allowing zero. One of these goals came from midfielder captain Will Rivera. He had a goal and an assist during the game. He said he believes that there were two things they did very well in the win on Saturday.

“Keeping our heads up and winning the game,” Rivera said.

The third quarter saw the Mules take the momentum from the Dragons. They scored five goals, evening the score a bit to 5-7. The Dragons quickly stopped the comeback, getting two goals to build a four point lead.

In the fourth quarter, both teams scored one goal, making the final score 11-6. Although the Dragons were able to shut down the Mules after the third quarter furry of goals, they believe there are things to fix before the next game.

The victory on Saturday was a step in the right direction for the Dragon lacrosse team. They ended last season with a 14-8 loss in the first round of the playoffs. During the fall, they practiced every Tuesday and Thursday, along with competing in a few tournaments in the state. Now that the season has begun, they practice Monday through Thursday from 7 to 9pm and Fridays from 5 until dark. With at least two hours of practice every day of the week, the Dragons are hoping to make it past the first round of the playoffs in the 2020 season.