Swinging into the Musical: ‘Tarzan’ 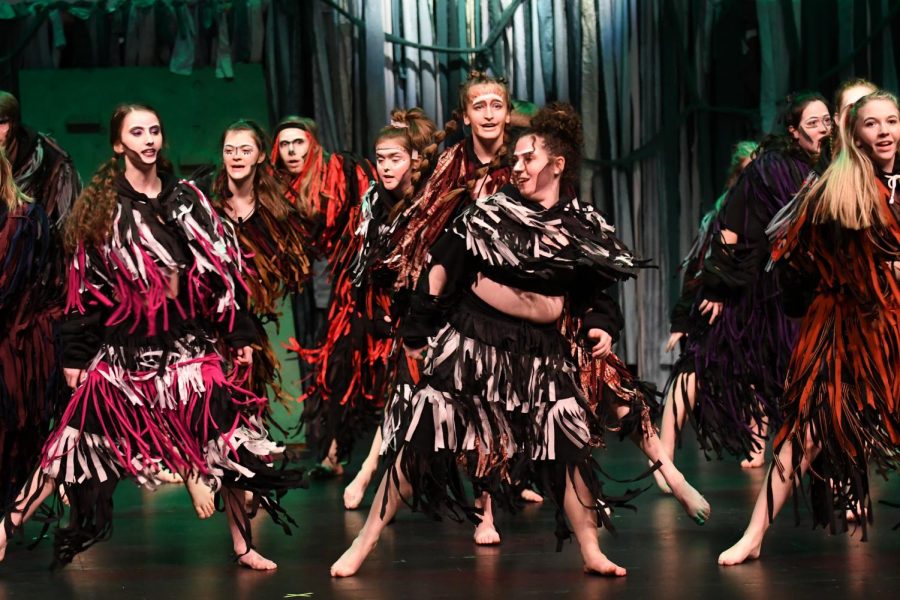 The Theatre program’s musical: “Tarzan” finished its four-night run from Jan. 29 to Feb.1 earlier this month.

“Tarzan” is the story of a child who is tragically orphaned in the jungles of Africa when a leopard (played by Zoe Peña) kills his parents. The apes Kala (Cassie Chapman and Peyton Daniels) and Kerchak (Hayden Mays), find Tarzan and are at odds on whether or not to raise the human since Kerchak’s first family was killed by humans. This rift results in Kala taking Tarzan and raising him on her own. A grown-up Tarzan (played by Zach Herbanson) kills the leopard and rejoins the family of apes led by Kerchak. His return coincides with the arrival of a group of English scientists leading an expedition in the jungle.

“I just focused and prioritized what needed to be done,” senior Zachary Hebranson said.

Students called the week leading up to the performance hell week. Starting four days before opening night, each day of hell week was an 11-hour rehearsal day starting at 11 a.m. to 10 a.m.

“We all got to work with people on the same character which was a very interesting experience,” senior Peyton Daniels said. “It was nice to be able to have two nights off too, considering how vocally demanding Kala was as a character.”

Opening night came and with it came nerves.

“It’s so stressful,” senior Hayden Mays said. “My mind just kind of shuts down and I let my body do its thing.”

Although the musical was extremely stressful and swallowed up time, students still cherish the experience.

“It’s been a lot of hard work, but I’m grateful for the memories I’ve gained and I’m going to miss it,” senior Olivia Berry said.

The musical closed on Saturday to a sold out crowd and was the first ever production to be staged at the new Stony Point Auditorium.